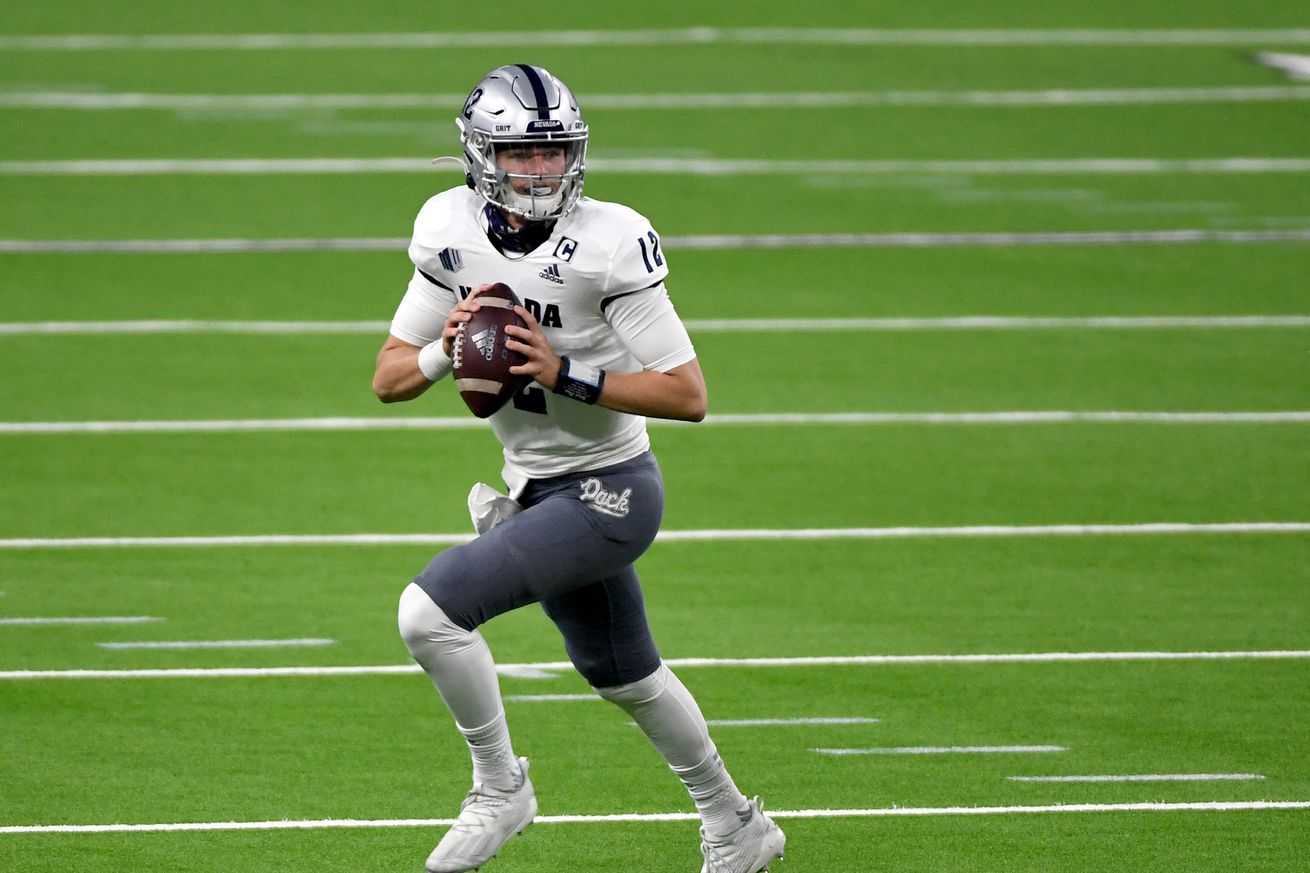 Offense was in spades as defense practiced social distancing

It’s a season trend that has effected the NFL as well as college football. In this day and age of Zoom calls and social distancing, offenses have clearly been one step ahead of defenses, ostensibly due to an inability to practice things like live tackling, in-person adjustments, etc. This has led to some hilarious defensive breakdowns and insane levels of offensive production. The disparity was again evident this week, with UNC–Wake Forest combining for 112 offensive points, Ole Miss putting up 59 points on South Carolina, and Florida hitting 63 against Arkansas. As you could imagine, it was a good week to be an offensive prospect. Below are the prospects who stood out during Week 11 of college football.

There’s a little-known quarterback out west who has been piloting an undefeated team and catapulting himself into the NFL Draft conversation. No, I’m not talking about BYU’s Zach Wilson, instead it’s Wolfpack quarterback Strong. Although it was by no means a flawless game for the redshirt sophomore, who had his string of 299 consecutive passes without an interception snapped, he came through when it counted at the end of the game. His game-winning touchdown throw against New Mexico was one of the prettiest long completions this season.

Normally, Miami has a very potent passing game thanks to quarterback D’Eriq King and receiving options Dee Wiggins and Brevin Jordan but they were largely held in check thanks to the talent the Hokies sport in the backend. It won’t necessarily show up on the stat sheet, but Murray was running stride for stride in man coverage against whomever was lined up against him, and he had some of the prettiest pass breakups on the day. The coverage he was able to provide on the backend also led to King holding onto the ball longer, which led to several coverage sacks by teammates.

Iowa pounded Minnesota into the ground with a dominant running game, thanks to their offensive line and two talented running backs. The Hawkeyes nominal change-of-pace back, Sargent nonetheless sported a hefty 9.6 (!!) yards-per-carry average and threw in a touchdown for good measure. He’s not the lead tailback, but it appears the senior’s vision and speed on outside zone runs make him the more dangerous option—and although his receiving ability wasn’t shown this game, it appears he has talent there as well.

Across the field from Murray was UCLA transfer Phillips, who did a phenomenal job setting the edge and attacking up field on outside running plays while simultaneously being a pass rushing menace. In those instances, he broke out a killer arm-over move and then later in the second half a swipe move—and managed to swallow the mobile quarterback in both instances. The stat sheet doesn’t lie in explaining that Phillips led his team in tackles, had 2.5 sacks and 4.5 tackles-for-loss.

Indiana continued their surprising start to the season by shutting out Michigan State, which is a credit to the defensive side of the ball even if the Spartans’ offense doesn’t necessarily scare anyone. McFadden proved to be the leader, finishing with nine tackles, two sacks and three tackles-for-loss. The coaches love asking him to quickly penetrate the line on run and pass plays, and his acceleration and straight-line closing speed led to many pressures for both Michigan State quarterbacks.