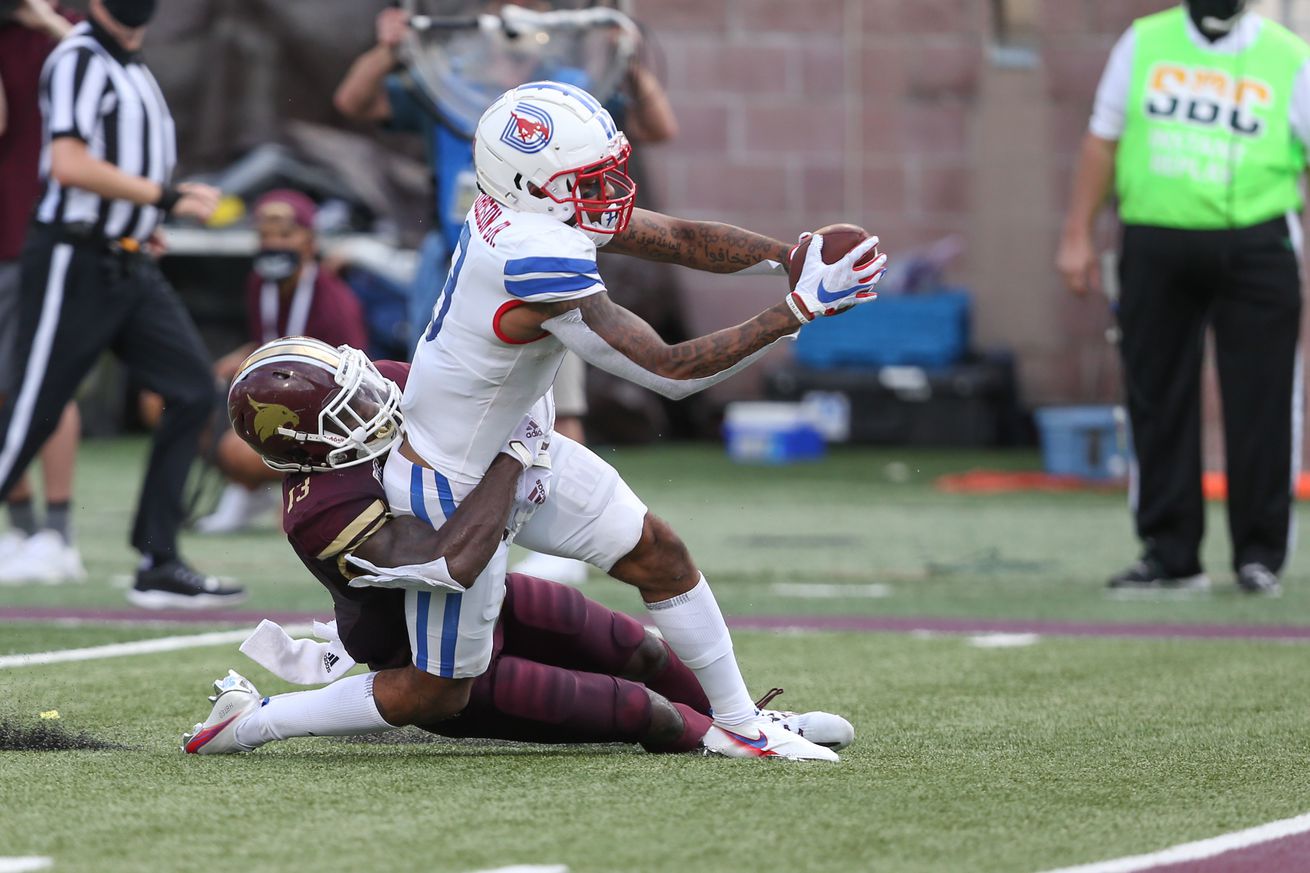 It should be expected that Week 0 in college football results in some lopsided affairs, especially when teams haven’t had much chance to practice in person. That was certainly the case this past weekend. It’s not much news to see Marshall run up the score against Eastern Kentucky, but Army coming out strong and shutting out Middle Tennessee 42-0 was noteworthy. West Point might be on the cusp of a memorable season. On the flip side, after those early blowouts, the Memphis-Arkansas State game was competitive until the Tigers pulled ahead in the second half. Finally, BYU…

Here are the college prospects who stood out during the truncated first action of the 2019 college football season.

Buechele fits SMU’s air raid offense like a glove, and it was a very efficient day at the office for the former Texas Longhorn who went 26-of-36 for 367 yards and a touchdown. Texas State threw a lot at him—sometimes maximum coverage and sometimes exotic blitzes—but the senior stayed patient, stood tall in the pocket and delivered for the most part. His touch on some deep balls left something to be desired, but his wide receivers more often than not bailed him out. His one big mistake came on a blitz up the middle, which forced Buechele to rush a pass, and was punished with an interception. If he can iron out those types of mistakes, his stock might see a significant boost in a weak quarterback class.

Army’s triple-option offense was spectacular against Middle Tennessee, but the reason the team actually shutout Middle Tennessee was the play of their defense. With the defensive line manhandling Blue Raiders’ offensive line, Rhattigan was allowed to play coverage in the short zones and tackle receivers immediately, limiting any yards after catch. The senior also had the play of the day: After lining up in the A-gap threatening to blitz, he immediately dropped back into coverage, followed the eyes of the quarterback and came down with a pick before running it in for six points.

I mentioned the talented Memphis running back Kenny Gainwell in my preview article, but he ended up opting out of the season. In to replace him against Arkansas State was the sophomore Clark, who showed that while he’s not as athletically gifted, he’s more physical that his teammate, and can be just as productive with 20 rushes for 105 yards and a touchdown. He was hitting holes hard on zone-read concepts, and demonstrated some excellent contact balance as it always took more than one tackler to take him down. It’s also clear that the coaches trust him to pass protect, as he was called upon to do just that several times. The Tigers’ ground game now belongs to Clark.

Roberson was called out in my preview article and is perhaps SMU’s most NFL-worthy talent. He found himself not just open, but wide open several times against Texas State thanks to both the scheme and his routing. He also helped out his quarterback by finding the open space on scrambles when needed and re-adjusting to a few poorly thrown passes. In this game he also showed that he’s not just a big-play threat either, and can turn some short receptions into longer gains thanks to some nifty open-field moves. He ultimately finished with six catches for 99 yards and a touchdown.