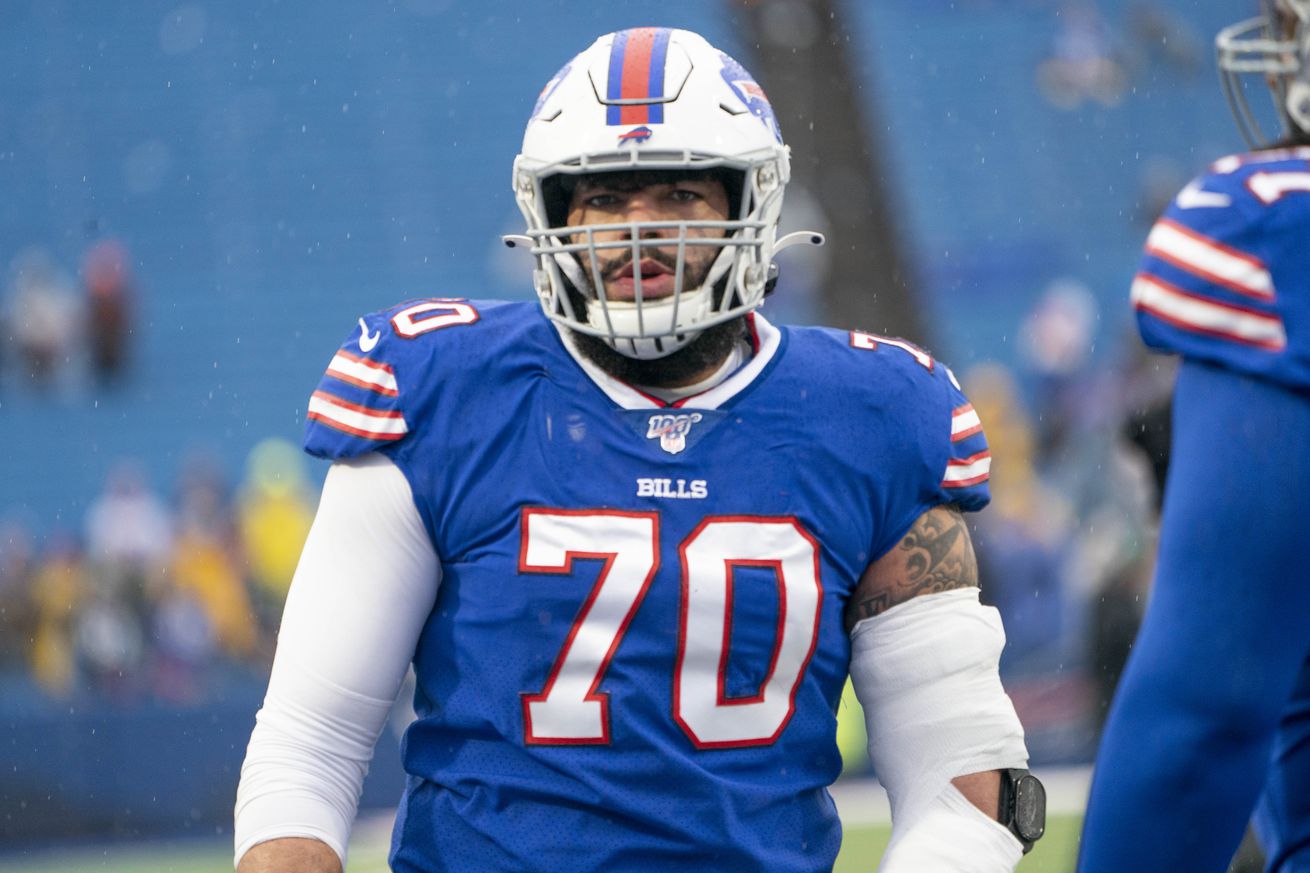 Cody Ford has reportedly been playing well, but at which position?

Last season, the right tackle position was a game of musical chairs, with rookie Cody Ford rotating with veteran free agent signing Ty Nsekhe. Coming into training camp, it has been assumed that with more training and practice time Ford would be able to develop more consistency and stake his claim on the position full time. Things haven’t exactly worked out that way, and that appears to have little to do with the play of the second-year tackle.

According to both The Athletic’s Joe Buscaglia and Bills Wire’s Nick Wojton, Ford has had a strong start to training camp, with both of them choosing to highlight Ford’s play in recent reports. However, with the new restrictions on reporters being able to detail which positions or even which rotation players are receiving snaps at, it’s difficult to tell if Ford has been stellar at right tackle or at right guard, in replacement of Jon Feliciano. Without that info, it’s tough to know where things stand with the team’s right tackle position.

Throwing even more pocket sand on the issue is Ty Nsekhe, who has been in and out of practice with some injuries, and Daryl Williams who, like Ford, has the ability to play tackle and guard. Williams was also recently highlighted by Joe B as an outstanding performer of early camp.

As the team’s training camp goes on, Bills fans should rest assured that they are likely to receive a bit more clarity on this competition, with head coach Sean McDermott announcing that he wants to “see something unfold this week” with regard to Ford’s ultimate utilization.