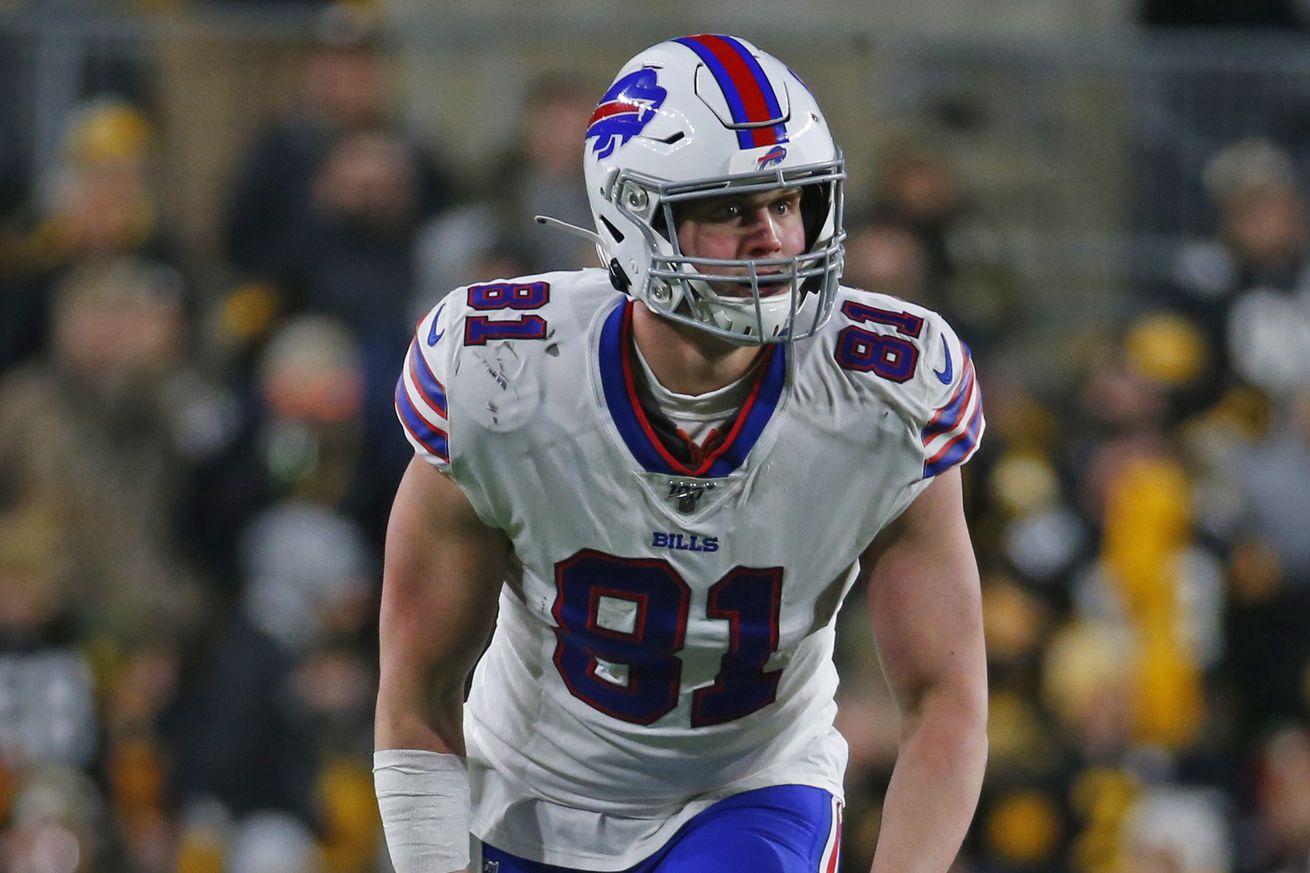 The worst salary cap value on the Bills in 2019 was Tyler Kroft.

Coming in at the top spot on our list is tight end Tyler Kroft. The oft-injured veteran re-injured his foot during his first practice in the spring and subsequently spent the offseason and the first part of the regular season on the shelf, but that’s not why he tops our list. Kroft couldn’t hold off Dawson Knox, the fourth-round rookie. In Week 7 against the Philadelphia Eagles, Knox was pulled when the game was out of reach, and Kroft finished with more snaps. It was the only game Kroft played more than Knox until the final game of the season when Knox sat on the bench with most of the starters. Kroft played in 11 games for a total of 244 snaps on offense (22.83%), that was third on the team behind Knox and Lee Smith.

The Bills signed Kroft to be their TE1 but hedged their bets for the short-term and built for the future by selecting Knox. Kroft’s latest injury put him behind the eight ball and he wasn’t able to get a foothold on the game-day roster. This offseason, he restructured his contract, chopping off the final year of his three-year deal and lowering his 2020 salary by $1.4 million in exchange for more guaranteed money. He’ll be part of Buffalo’s plans in 2020 at a cap hit just north of $5.4 million.