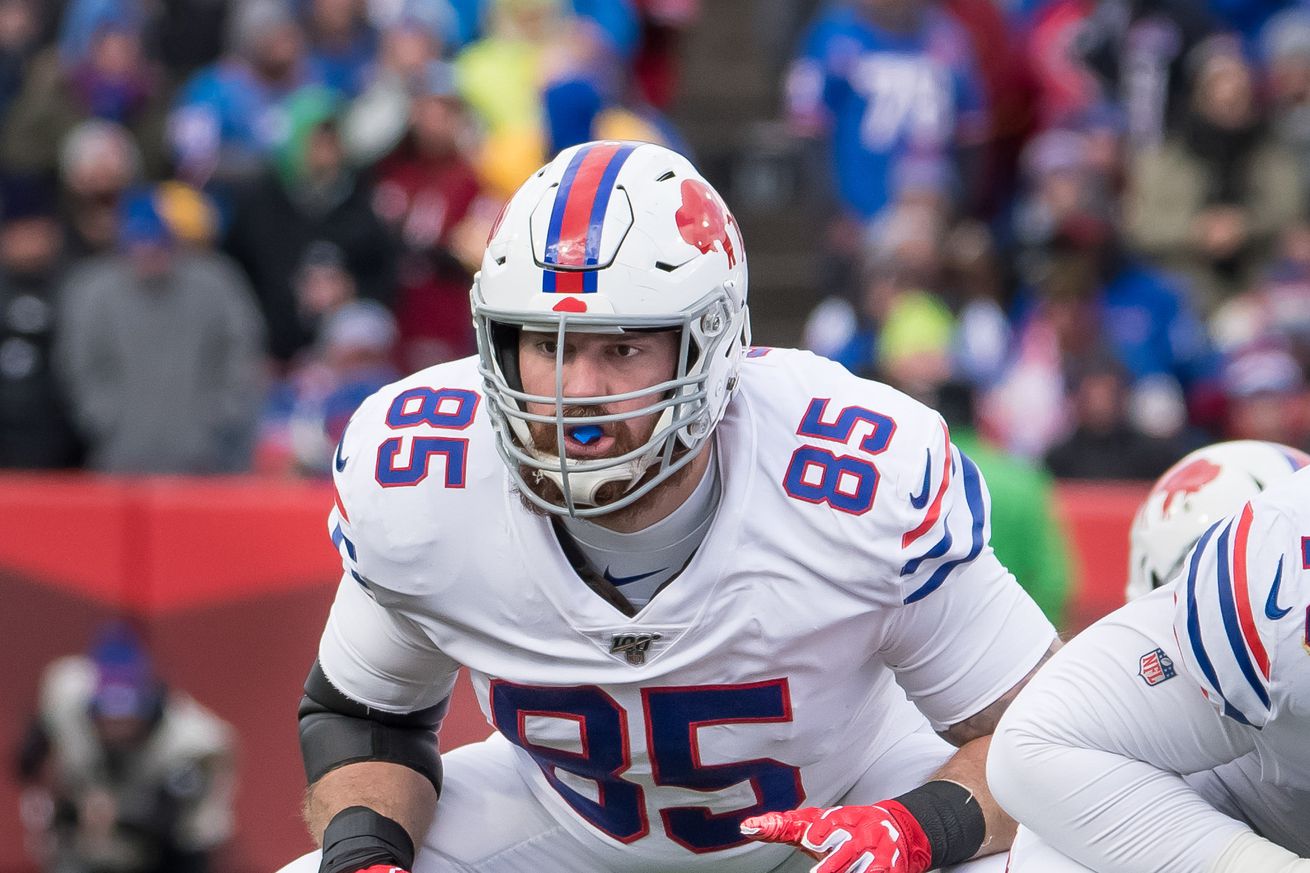 Even as a sixth lineman, he made a lot of money.

Number five on our list is tight end Lee Smith. Smith had a valuable role as the sixth offensive lineman on the team but didn’t provide a great value for the them. He played fewer than 30% of the offensive snaps and fewer than 18% of the special teams snaps. He barely eked out Tyler Kroft in terms of snap count despite playing in five more games than the injured Kroft. (He even played fewer snaps than the actual sixth offensive lineman, Ty Nsekhe.) He finished the year with just four catches on five targets for 31 yards and a touchdown. (A staggering 1.9 receiving yards per game). He also had nine penalties on the season despite those low snap numbers.

Smith’s cap hit of $3.5 million was 22nd among NFL tight ends, but his production was far from that level, even if you take into account how good he is at blocking. Teammate Tyler Kroft made more ($5.11 million) but starter Dawson Knox ($700,545) and reserve Tommy Sweeney ($519,046) made considerably less. Jimmy Graham led the league at $12.6 million.

The Bills spent a third-round pick on Knox a year ago and a seventh on Sweeney, but didn’t add any players this offseason. It will come down to offensive coordinator Brian Daboll and how much he values having a sixth offensive lineman like Smith on the team. He’s scheduled to count $3.25 million against Buffalo’s salary cap in 2020.