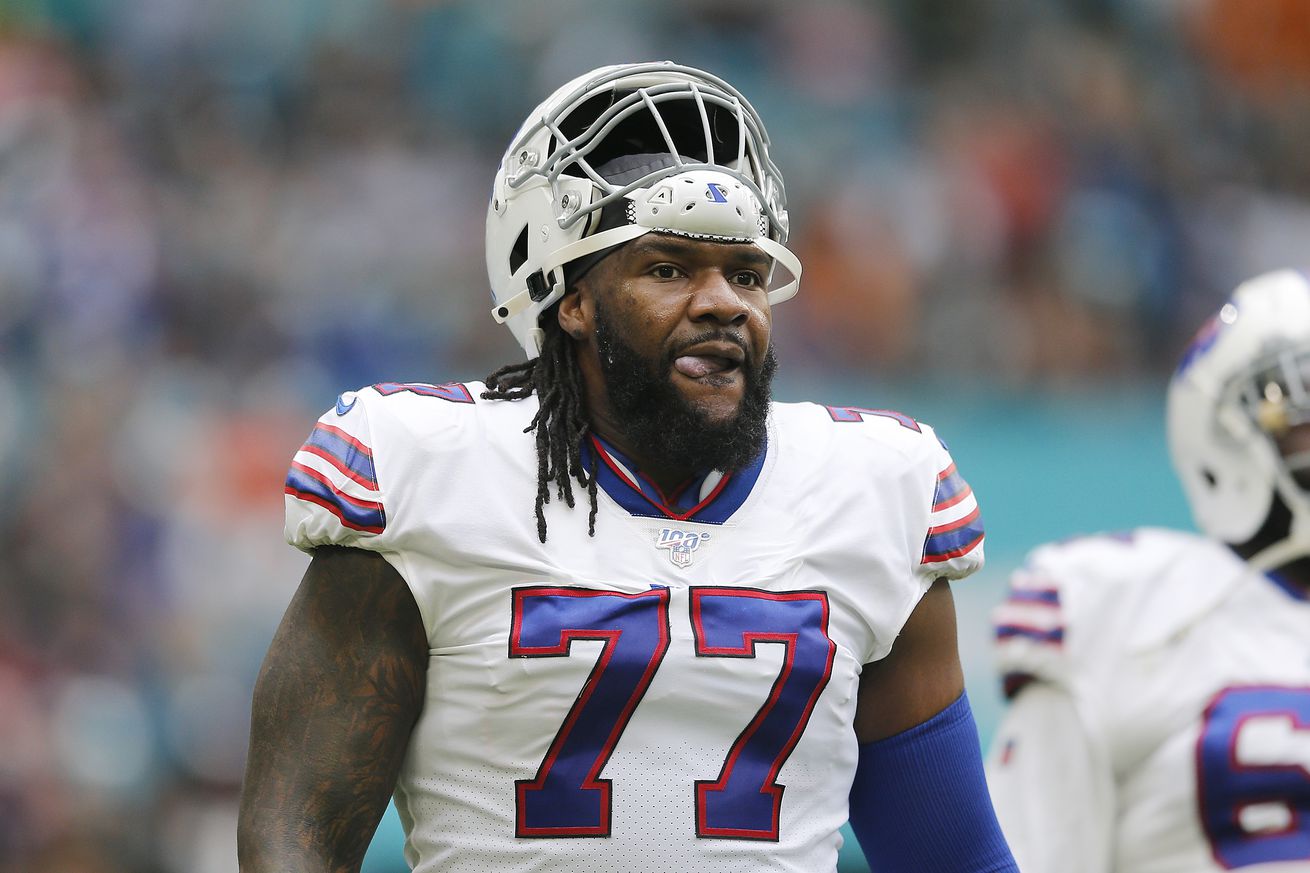 This is not about Nsekhe’s injury.

Number three on our list may be a surprise for folks, but offensive tackle Ty Nsekhe lands here. You might be thinking that this has to do with his injury, but it doesn’t. Yes, Nsekhe only played in ten games due to a leg injury, but it’s the amount he played in those ten games that doesn’t align with his salary. In those ten games, the veteran played fewer than 60% of the snaps in a platoon with rookie Cody Ford. (On the season, he played 33% of the team’s snaps.) He didn’t even play two-thirds of the snaps while healthy. He only topped 55% of the snaps in two games as the Bills were hell-bent on getting Ford some time.

Nsekhe’s cap hit of $4.8 million is 16th among right tackles, according to Spotrac. That’s not just starter money, but top-half-of-the-league starter money. When you can’t see the field two-thirds of the time as a highly paid player at your position, it’s not a good cap value. (Trenton Brown led the league at $15.25 million with Ricky Wagner at $11.9 million. All other RTs were under $8.5 million.) Ford’s cap hit was less than $1.4 million, if you’re wondering.

Like a few other players on this list, the Bills kept Nsekhe for peace of mind in case Ford didn’t transition well to the NFL. His cap hit jumps to $5.2 million in 2020, and with the addition of Daryl Williams, Ty Nsekhe could be a cap casualty this summer.