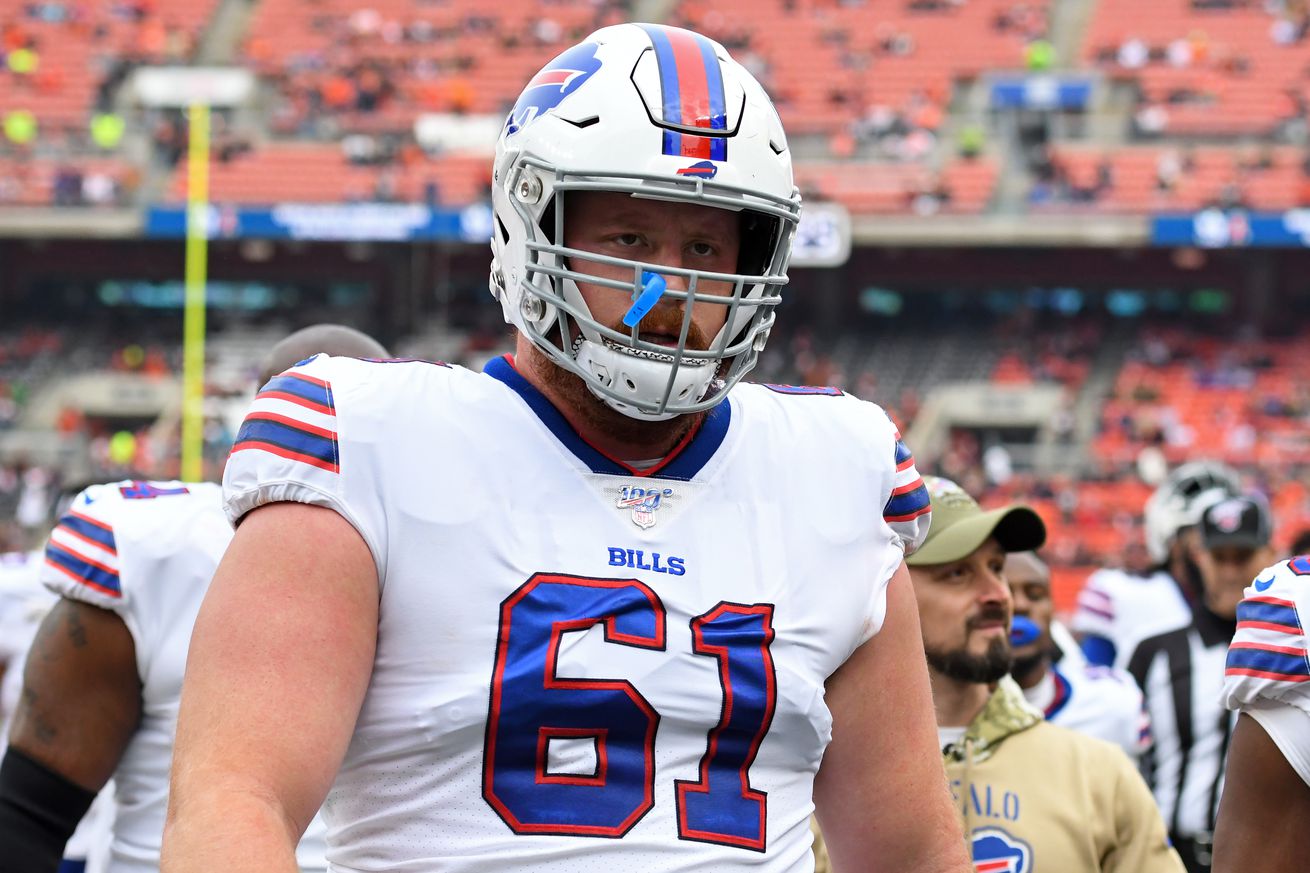 Coming in at number two on our list is offensive lineman Spencer Long. Long played in 14 games for a total of 174 snaps on offense (16%). When Mitch Morse went down to injury, it wasn’t the former NFL starting center that took over for him, either. Instead, Jon Feliciano, who had never snapped in the NFL, slid over from right guard and Long stepped into his spot. The Bills had to change two positions because they didn’t trust Long at the center spot despite his 31 starts for the Jets and Washington over the previous three seasons.

Long’s cap hit of $3.875 million was the 29th-highest at guard, which doesn’t just make it starter money, it makes it top-half-of-the-league starter money. Instead, he out-earned the two starting guards on the Bills, Jon Feliciano ($3.5 million) and Quinton Spain ($2.05 million). (Andrew Norwell led the league with a $16 million cap hit followed by Zack Martin at $14 million.) He was the 14th-highest cap hit on the team and you have to go all the way down to 28 to find a player who earned more but took fewer snaps (Matt Barkley).

Long was an insurance policy, but an expensive one. If he isn’t going to play center, they can have a cheaper option step in. His cap hit drops to $3.125 million in 2020, but with other options available in Evan Boehm and Daryl Williams, Buffalo could release or trade Long for a low cap figure this training camp.