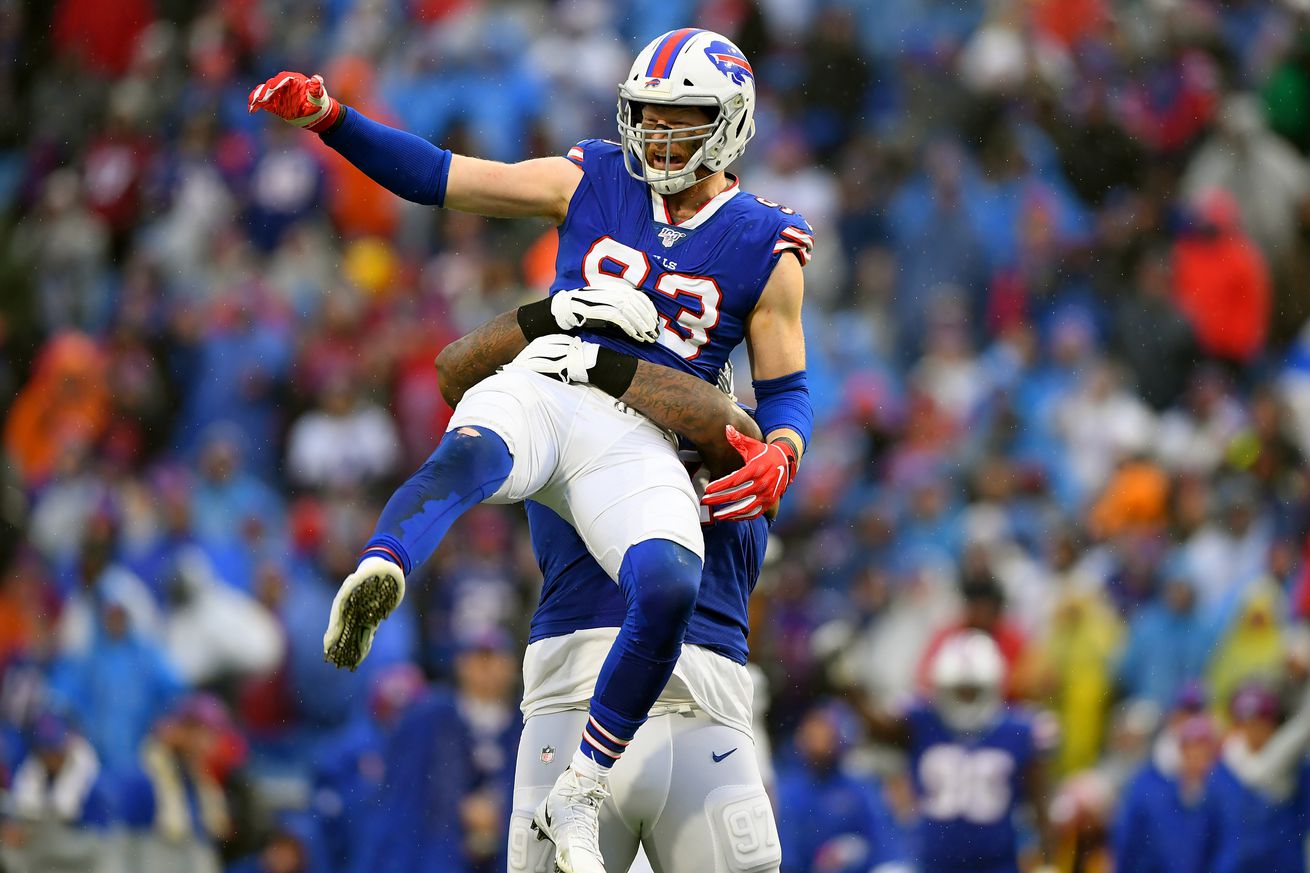 Number six on our list is defensive end Trent Murphy. Murphy had a couple very good games to end the season, but overall struggled to provide much from the defensive end position. At 65% of snaps, he led the team in snaps from the DE position, passing Jerry Hughes while the latter sat out Week 17. Even with the high number of snaps, he wasn’t a huge factor in most games. He finished the year with five sacks, one interception, three passes defended, two forced fumbles, two fumble recoveries, and 36 tackles. A respectable stat line for a rotational player, but probably not what you’re looking for with a guy that makes what Murphy makes.

Murphy’s cap hit of $8.8 million was the fourth-highest on the team and 27th among EDGE defenders. With two on each team, that should mean he is in the top half of the league among starters. Teammate Shaq Lawson clocked in at $3.27 million for his 6.5 sacks and 32 tackles. (Von Miller led the league at more than $25 million followed by Melvin Ingram at $19.6 million with every other EDGE under $16 million.)

The Bills spent a second-round pick on a defensive end who could replace Murphy, as the veteran is in the final year of his deal. His cap hit jumps up close to $10 million so it could be tempting for the Bills to part ways with Murphy and bank that cap space for the big deals coming down the lane. The rookie or some other young player would need to step up in a big way to make that happen.